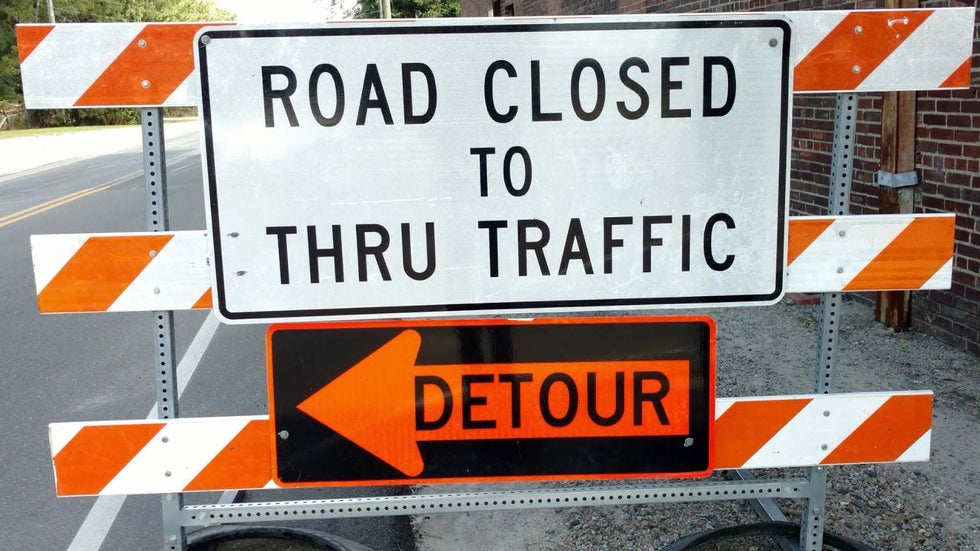 The westbound lanes of Interstate 40 near the Tennessee-North Carolina border were closed Monday afternoon after a small rockslide was triggered by heavy rains.

The closure was near the Pigeon River Gorge in Haywood County, North Carolina, the North Carolina Department of Transportation tweeted. One lane was reopened at about 6 p.m. EDT. The other lane will remain closed overnight.

"Traffic heading west toward Tennessee may consider using a detour to that uses a combination of I-40, I-240, I-26, and I-81 through Asheville and Johnson City," NCDOT spokesman David Uchiyama wrote in a news release obtained by KNOX News. "The distance from Asheville to the I-40/I-81 junction in Tennessee is about 50 miles longer than driving through the Pigeon River Gorge."

Road crews found three boulders in a ditch beside the interstate, but there were several others on the mountainside that "needed to be pushed off the mountain before they fell," Uchiyama also said.

NCDOT reported that recent heavy rains caused the rockslide. Weather caused dangerous conditions on several North Carolina roads over the weekend. Three people were killed Saturday when their car hydroplaned, ran off the road and landed upside down in a creek about 38 miles northwest of Charlotte.

Brian Donegan, a weather.com meteorologist, said the area near the rockslide had received about 1 inch of rain Monday, much of it during a one-hour period in the afternoon.

A much larger landslide in the same area in February closed both both sides of I-40 for six days.


The Weather Company’s primary journalistic mission is to report on breaking weather news, the environment and the importance of science to our lives. This story does not necessarily represent the position of our parent company, IBM.